If you need a simple and stress-free Thanksgiving dessert recipe, give these easy apple pie bars a try! You can whip them up in no time. And the best part? No crust! Homemade crust is delicious but can be difficult to get right. But with this apple pie bar recipe, you’ll be using a few simple ingredients for a buttery and delicious shortbread crust!

I love pie at Thanksgiving, especially pumpkin pie. When I was little, I used to eat it for breakfast during Thanksgiving break. Breakfast! I would totally still do that though…

But what I don’t love about pie is getting the crust just right! It can be tough and a lot of work. It can be done, but pie bars are just SO MUCH EASIER!

Enter these easy apple pie bars. They are just as amazing as the real deal and take much less work! Plus, they’re easy to cut into squares and bring to a party or gathering. So , read on for how to make these buttery apple pie bars!

I love these apple pie bars mainly for their buttery shortbread crust. It’s almost a cookie-like crust that just melds so well with the large cinnamon sugar apple chunks!

You won’t need to chill this shortbread crust and it comes together quite quickly, unlike traditional pie crust! You will just need a few simple ingredients:

That’s it! You’ll mix all of the ingredients together and press into the bottom of an 8×8 inch baking dish, and then top with your cinnamon covered apples and cinnamon crumble topping. Simple!

Choosing the best apples for apple pie bars really comes down to your taste preference. Do you like sweet or tart? For me, I like to use a mixture of apples – one tart and one sweet. I like how the mixture of the two types of apples balance each other out to give the dessert the perfect amount of sweetness!

Here are my favorites for these pie bars:

I would suggest a mix of the two so that you get a balance of sweet and tart. So delicious!

If you’re on a time crunch and need a delicious and easy Thanksgiving dessert recipe, give these apple pie bars a try! Just don’t eat them all before your guests arrive – trust me, it’s tempting!

Check out my other recipes below if you are looking for some Thanksgiving dessert inspiration!

As always, be sure to tag me in your photos on Instagram if you make my recipe or use #bucketsofyum in your photos! I love to see what you are baking. 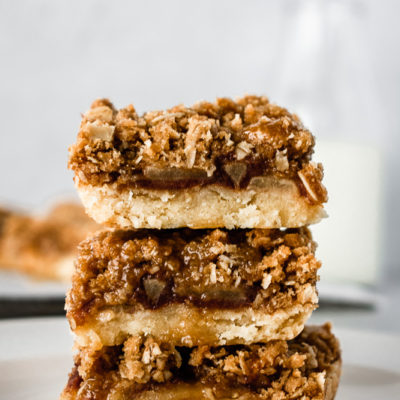 If you need a simple and stress-free Thanksgiving dessert recipe, give these easy apple pie bars a try! You can whip them up in no time. And the best part? No crust! Homemade crust is delicious but can be difficult to get right. But with this apple pie bar recipe, you'll be using a few simple ingredients for a buttery and delicious shortbread crust!
Print Recipe Pin Recipe
Prep Time 25 mins
Cook Time 45 mins
Cooling Time 1 hr
Total Time 2 hrs 10 mins
Course Dessert
Cuisine American
Servings 12 bars

For the Shortbread Crust

For the Apple Pie Filling

For the Shortbread Crust

For the Apple Pie Filling

For the Cinnamon Crumble Topping

To Assemble the Apple Pie Bars 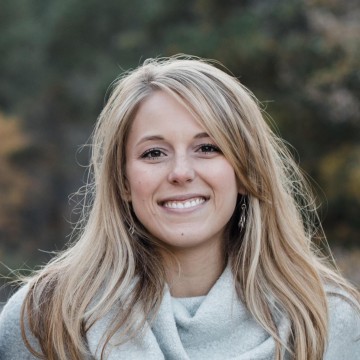 Welcome to my baking blog! I'm Amy, and I love creating dessert recipes that are sweet, yummy, and simple to make! I hope Buckets of Yum inspires you to get in the kitchen and create delicious desserts to share with friends and family! To learn more about me click here.

Sign up below for my free recipe book of mug cakes plus other exclusive content for members only! 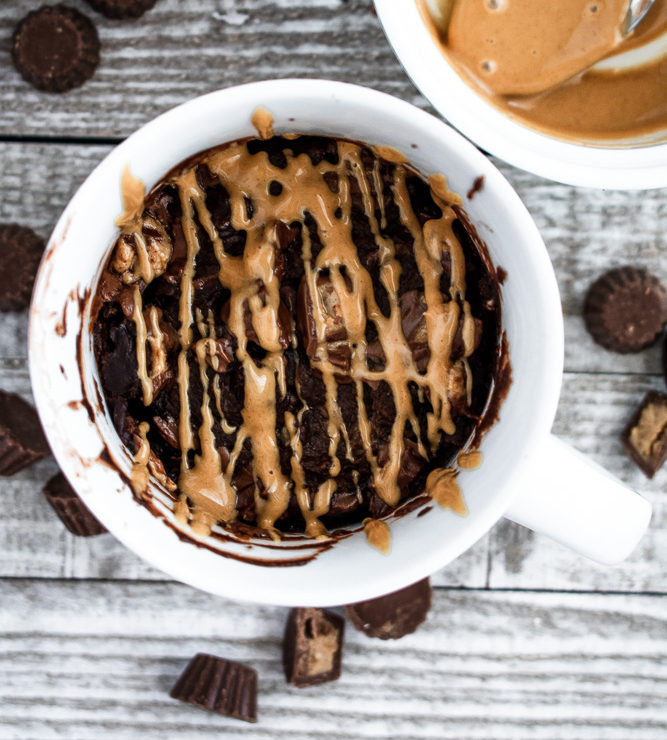 Get My 10 Free Mug Cake Recipes!

Sign up below to get my FREE recipe book full of 10 delicious and easy to make mug cake recipes plus, access to exclusive content for members only!

I know that it's not really peach season yet or ca

I know that it's springtime and everyone is postin

If your mom is a fan of dark chocolate and coffee,

If you like banana bread, then you'll love this ba

I have a yummy recipe for a strawberry cream pie o

It's mid-April and I'm just about ready for summer

Happy almost Easter! 🥕 This one made it onto th

It's my birthday week! This calls for funfetti cup

Do you need an easy little spring recipe for the u

Blueberry sweet rolls are the perfect way to start

You all seem to really be enjoying my peanut butte

This dark chocolate mint tart is the perfect desse

I think your Tuesday needs this dark chocolate fud

The beginning of March calls for Irish Coffee Cake

I've got another cookie lover's recipe for all of